During my VT-d verification on the ASRock Z86 Extreme6 I took the opportunity to compare the performance of three different storage controllers, namely:

Comparison of the three controllers are done with the simple hard disk benchmark tool in Ubuntu 13.10. 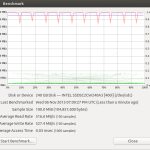 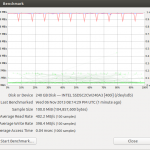 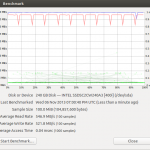 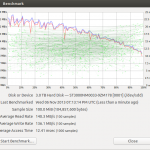 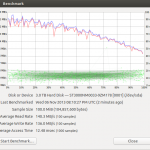 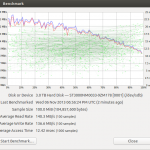 Passthrough performance is measured with ESXi 5.5 installed on a USB memory and the LSI card passed through to a VM. The VM is running the same version as in the above benchmarks, ubuntu 13.10. The performance is only run with the LSI card. I really tried getting passthrough working with the ASMedia controller as this would open up to some interesting storage opportunities with this board. However, Ubuntu recognized the controller but did not find any disk attached to it. Also, now that I think about it, I have no idea why I did not think about trying to pass through the Z87 controller. Anyway, here is the comparison, SSD and HDD combined. 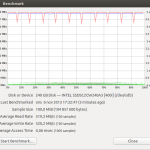 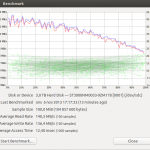 The ASMedia controller is not capable of handling the performance of modern SSDs. For mechanical drives there is practically no difference between the three different controllers.

There are some performance impacts on reads when passing through the LSI card to a VM. I have not investigated this further but it might very well be benchmark technical reasons behind it.