I have been able to run some benchmarks on various hard drives and a solid state drive. Mostly for my own amusement to see how old drives compares to new drives. There are some desktop drives as well as some enterprise drives. Perhaps the numbers can be useful for someone.

The system is kind of old, but I have collected the numbers for some time and wanted to run the drives on the same platform. The drives were connected to the onboard SATA-III/6G ports, connected to the Z68 chipset.

*Update* I believe I have screwed up and actually used the SATA 3G ports for some of the drives. I will rerun the benchmark with the Constellation ES and SSD drive and update this post. The other drives are in production and I’m unable to test them. 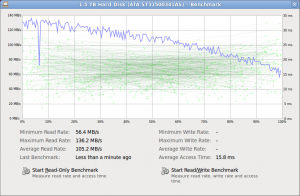 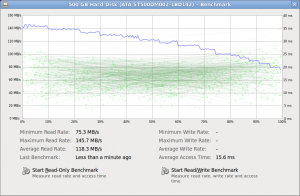 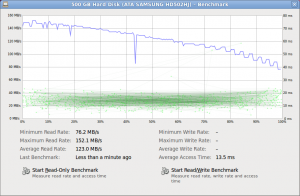 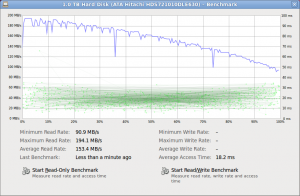 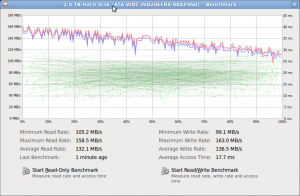 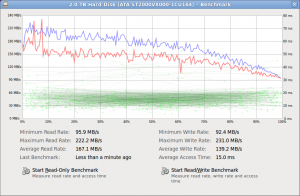 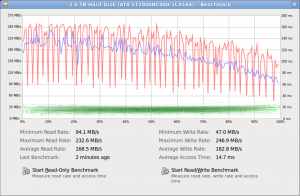 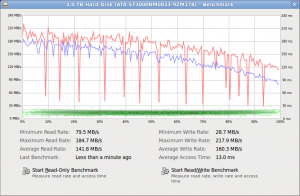 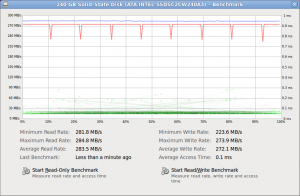 I am not going to do an in depth analysis of the results, since I realize the procedure was way too sloppy. There are some really strange write results for the Constellation ES drive shown here. I tried running the same benchmark with Ubuntu 12.04 and it was more consistent with less spikes/dips.

Hopefully I will be able to post some other interesting benchmarks soon.