Strike while the iron is hot

I’m building a workstation for a friend and he chose a ASRock Z77 Pro4-M motherboard. I have had all the parts for a week and it wasn’t until today it struck me that there are some Z77 motherboards that support VT-d. There have been some conflicting information on whether or not VT-d is supported in the Z77 chipset. According to the latest information at the Intel site, VT-d is supported on Z77. However, many motherboard manufacturers have not implemented it (yet?).

Now you’re thinking; “this won’t turn out well with a K-processor”… Absolutely right, the Core i7 3770K does not support VT-d. After asking around I happened to find a Core i5 2400 for this test. As you can see on the Intel Ark page, VT-d is supported for that model.

Here are some shots of the ASRock mobo which is really good looking in my opinion. 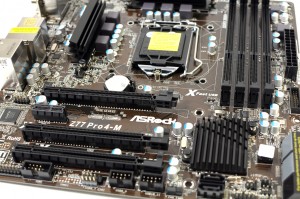 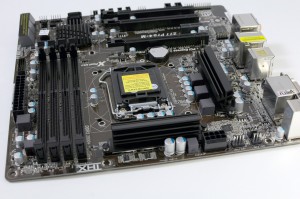 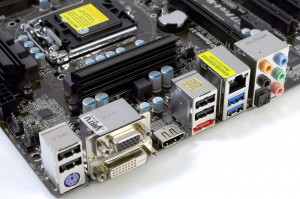 Let’s hook it up and see if we can get some DirectPath I/O device passthrough going.

There are two settings for virtualization in the BIOS. One (VT-x) is found under CPU configuration and the other (VT-d) is found under Northbridge configuration. ESXi 5.1 installs just fine to a USB stick and detects the onboard NIC, which by the way is a Realtek 8168. An Intel NIC would have been preferred. Once ESXi is installed we can connect to it with the vSphere client and see that we can enable DirectPath. 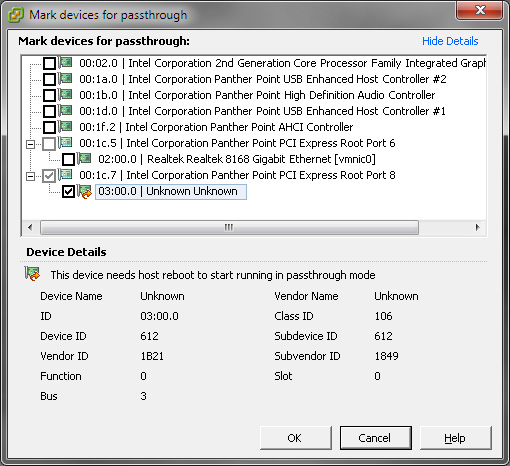 Unfortunately, I didn’t have any other PCI-Express card available to make a more extensive test. The device I have selected, which vSphere fails to detect, is the ASMedia SATA controller. This controller is used for one internal SATA port and either one internal or the E-SATA port on the back I/O panel.

Create a Virtual Machine, change all settings for it and save the changes. Launch the settings again and Add the PCI device: 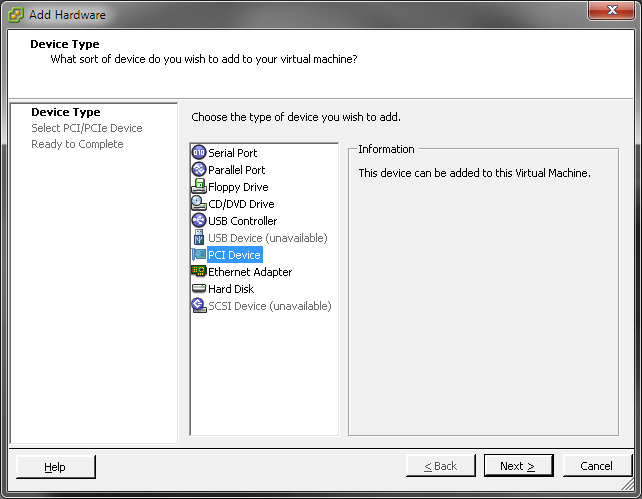 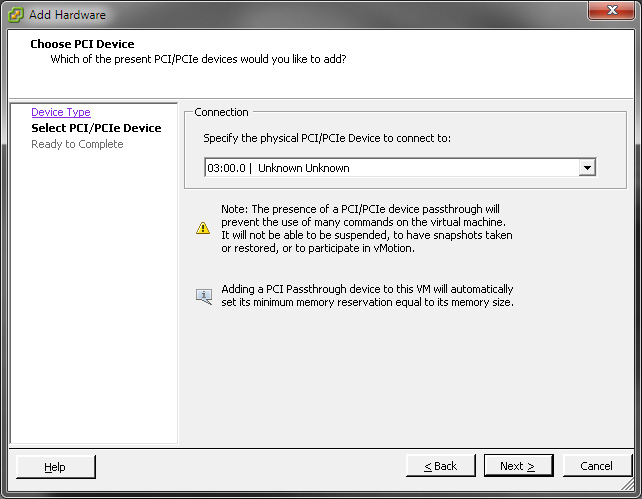 I choose to fire up an Ubuntu 12.04 Live CD just to see if it works. Here is what the controller looks like. I hooked up an old spare drive to the ASMedia controller and as we can see it is correctly detected. 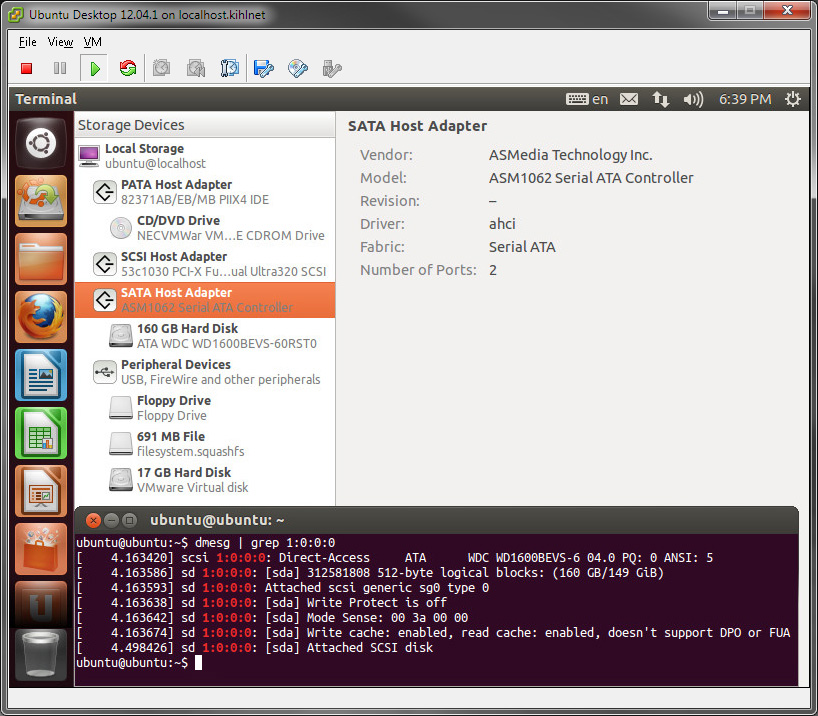 This was a really quick test but I will definitely give ASRock boards another try for upcoming build. Please, ASRock, send me your Z77 Extreme11 board for evaluation. Z77 with LSI onboard SATA is a real killer!

To summarize my short experience with this board: